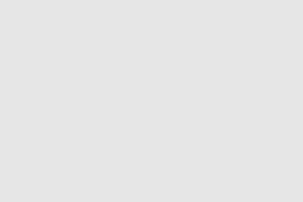 Fibroadenoma of the breast

A fibroadenoma is a benign node in the breast comprised of proliferating gland tissue (adenoma) and the surrounding connective tissue. Fibroadenomas are the most common benign tumors of the breast. Because growth is hormone-dependent, they frequently occur between the ages of 15 and 30, and between 45 and 55. Fibroadenomas also grow particularly rapidly during pregnancy due to the changes in hormone production.

The excretory ducts of the breast lobules can become obstructed, a lobule then filling up with fluid, and a cyst forming. Fundamentally, cysts are not malignant, with the exception of complicated cysts.

Both the number and size of cysts can change rapidly. Sonography is sufficient for precise clarification. Cysts of the breast, like ovarian cysts, can sometimes be very painful. In such cases, they are punctured. If they fill up again after being punctured several times, they must, in rare instances, be surgically removed.

Inflammation of the breast

Mastitis is usually a bacterial infection of the female breast. Mastitis frequently occurs in breast-feeding mothers. If there is mastitis (obvious redness of the breast, obvious pain with pressure), therapy should start immediately (antibiotics). In rare cases, the inflammation could be masking a malignant condition.

Papilloma of the breast

Papilloma are small benign tumors that occur in the mammary ducts – frequently in the region of the nipples – and are very often the cause of  fluid discharge (sometimes bloody discharge). Ultrasound and galactography are performed in order to arrive at a diagnosis. A papilloma must be surgically removed.

The term mastopathy refers to proliferation of the connective tissue of the breast.

Every woman over the age of 30 has some degree of mastopathy. The nodules may be small, medium, or large-size, or they may vary in size. Mastopathy is often the cause of the frequently occurring feelings of tightness during the menstrual cycle, or of pain in the breast.